You are here: Home / Daily Deals / Discounts for 15 holiday shows, including 5 versions of “The Nutcracker,” “Frosty,” “It’s a Wonderful Life” & more
← Light Up Norcross — a costume and lantern parade
Steak ‘n Shake offers FREE shake for kids in costume on Halloween →
Share this:

You’re early!
We are still in the process of updating this content for 2021. Feel free to update these offerings from a previous year, and please check back soon!

What better way to celebrate the season than with a holiday-themed stage play, in one of Atlanta’s wonderful theaters? Theater tickets make great gifts! We’ve combed through all the deals so you don’t have to. This list includes discounts offered by Groupon, Goldstar, OFFencore, and the theaters themselves.

Remember to click through to each deal that interests you — and read all the fine print before you buy. Note that some shows have a couple of different discounts. You’ll want to compare them in terms of available dates and seats, as well as service fees.

You may also be interested in the FREE Holiday Extravaganza at the Fox Theatre on December 17th.

25% off through OFFencore means you pay $75 (plus service fees) for a hundred-dollar ticket in the Center Orchestra section.

Bringing seasonal magic with its 2019 Gift of Christmas tour, the Moscow Ballet’s Great Russian Nutcracker is packed with premier Russian dancers, 10-foot-tall puppets, sparkling costumes, stunning sets — and even a falling snow effect. And there’s no better place to see this bright and colorful production of Tchaikovsky’s classic than Atlanta’s Robert Ferst Center for the Arts at Georgia Tech.

Get the Goldstar deal.

See it at the Infinite Energy Center, in Duluth

A Holiday favorite since 1983, Gwinnett Ballet Theatre’s Nutcracker is a traditionally told story ballet complete with beautiful dancing, colorful sets, and costumes. Magic abounds as Herr Drosselmeyer presents young Clara with a toy Nutcracker, setting imaginations ablaze when the toy becomes a real soldier and Clara’s companion on their journey to the Land of Sweets! Gwinnett Ballet Theatre’s cast of over 100 professional and student dancers captivate audiences of all ages.

See it at Perimeter Church in Johns Creek — but act fast, sales are closing soon!

Celebrate the Christmas season with The Nutcracker! Join Perimeter Ballet and Atlanta Professional Dance Academy for this popular holiday classic that will bring smiles and create memories for the entire family.

A half-price deal from Goldstar means tickets are just $7.50 plus service fees. 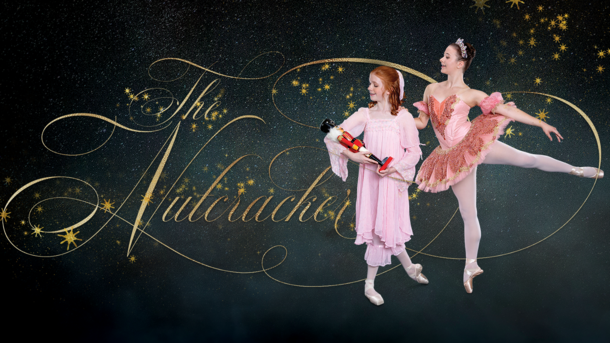 See it at Blessed Trinity High School in Roswell

Come to see Metropolitan’s fabulous full-length Nutcracker production with all the music, all the color, and all the exquisite ballet brilliance of Tchaikovsky’s original.

Half-price for opening night and discounts for other dates. Prices are $10 to $20.

Marietta’s New Theatre in the Square

Experience a little Christmas magic in Frosty!, a musical re-telling of the classic Frosty the Snowman tale. When orphan Billy arrives in New York to build the best snowman ever, he meets a homeless man named Paddy, who tells him about his magical hat. When Billy steals the hat and places it atop his snowman, Frosty comes to life.

The Wickhams: Christmas at Pemberly

Welcome back to Regency-era romance with The Wickhams: Christmas at Pemberley, a companion to Pride and Prejudice. While the Miss Bennet plot unfolds upstairs, Pemberley’s servants navigate their own scandal down below, as a diligent housekeeper, an indomitable maid, and a lovesick groomsman struggle to control the boorish Mr. Wickham. The play is a love letter to Jane Austen — it celebrates family and forgiveness at the time of year we need both of them the most.

But you might also check out Theatrical Outfit’s 15 @ $15 deal — which makes a limited number tickets available for just $15, at every show. 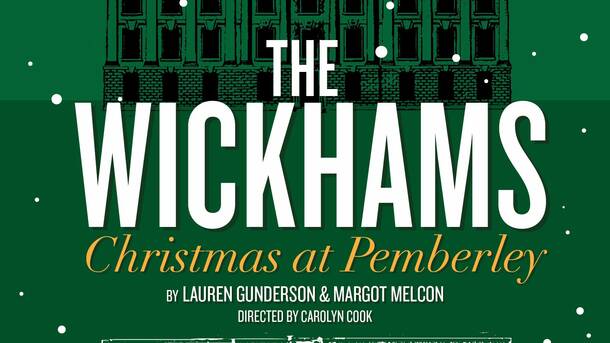 See it at the Cobb Civic Center in Marietta

Roald Dahl’s last full-length children’s story is also one of his most treasured, with larger-then-life characters, magic powers — and a plucky young heroine in Matilda. This Tony and Olivier Award-winning musical keeps the spirit alive, and turns up the charm with memorable tunes (“Naughty”) and ridiculously fun dance numbers (“Revolting Children”).

A Goldstar deals brings you tickets for just $22 to $28.65 (regular price is $38 to $58). Note that the sale is now, for performances in June. But the deal was just too good not to include it here. 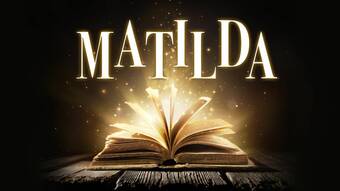 Curious Holiday Encounters is an annual festival of immersive performances from local artists and ensembles.   This half-price ticket is $12.50 plus service fees, through OFFencore.

“Gwinnett’s longest-running theatrical holiday tradition, Christmas Canteen 2019 returns for a 24th smash year! This stunning musical revue is brimming with songs, comic sketches, trips down memory lane and a sprinkle of Christmas magic. It’s the holiday show with something for everyone.”

Half-price tickets through OFFencore, with seats ranging from $15 to $32, plus service fees.

“Irving Berlin’s Holiday Inn tells the story of a song-and-dance man who leaves the bright lights of show business behind to settle down on a Connecticut farmhouse. His luck takes a spectacular turn when he meets a spirited schoolteacher with talent to spare. Together they turn the farmhouse into a fabulous inn with dazzling performances to celebrate each holiday, from Christmas to the Fourth of July. Based on the classic film starring Bing Crosby and Fred Astaire.”

This half-price deals gets you tickets for $15 plus service fees, through OFFencore.

This holiday season, enjoy a classic fairy tale with a twist! Based on the novel by Gail Carson Levine.

A half-price deal from OFFencore means tickets are just $10, plus service fees.
Get the OFFencore deal

See it at OnStage Atlanta, in Decatur

A Christmas classic! Come enjoy the saga of George Bailey, the Everyman from the small town of Bedford Falls, whose dreams of escape and adventure have been quashed by family obligation and civic duty, whose guardian angel has to descend on Christmas Eve to save him from despair and remind him what the holiday is really all about.

A half-price Goldstar deal brings tickets down to $12 (plus fees).

This hilarious stage adaptation of one of the most popular and heartwarming films ever made will star Atlanta’s own Jeremy Aggers. He will portray all of the wonderful characters from Clarence, Mr. Potter, Uncle Billy, Mary, Mr. Gower, Zuzu, and the undeniably iconic George Bailey, who learns that it takes a lot more than money to be the richest man in town.

A Goldstar deal brings ticket prices down to $8 to $10 (regularly $20), plus service fees. 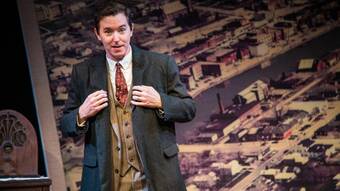 Though London awaits the joyful arrival of Christmas, miserly Ebenezer Scrooge thinks it’s all humbug, berating his faithful clerk and cheerful nephew for their view. Later, Scrooge encounters the ghost of his late business partner, who warns that three spirits will visit him this night. The ghosts take Scrooge on a journey through his past, present and future in the hope of transforming his bitterness.

Get tickets for $15 with this half-price offer from Goldstar.

Home for the Holidays

Cozy up with Christmas classics — this warm winter cabaret has something festive for everyone.

A half-price Goldstar deal makes tickets a steal at just $12.50.

Christmas with the Crawfords

“This riotous camp classic is based on the actual Christmas Eve live radio broadcast from the Joan Crawford’s Brentwood mansion in 1949. Filled with exaggerated silver screen icons, this mash-up musical parody is a loving homage to Hollywood’s “Golden Age” and features appearances of Tinsel Town divas such as Judy Garland, Carmen Miranda, Gloria Swanson, Hedda Hopper, Ethel Merman, and the Andrews Sisters.”

This half off deals means tickets are just $12.50, plus service fees, through OFFencore.
Get the OFFencore deal

Another Night Before Christmas

Karol, a disillusioned social worker, is trudging home one cold December night when she encounters an old man sitting on a park bench. Mistaking him for homeless, Karol offers the stranger some food — a seemingly innocent gesture, until he turns up in her apartment claiming to be Santa Claus. Thanks to a malfunctioning security system, Karol finds herself trapped with “Mr. Claus” and forced to confront her feelings about Christmas once and for all in this touching musical battle between cynicism and belief. 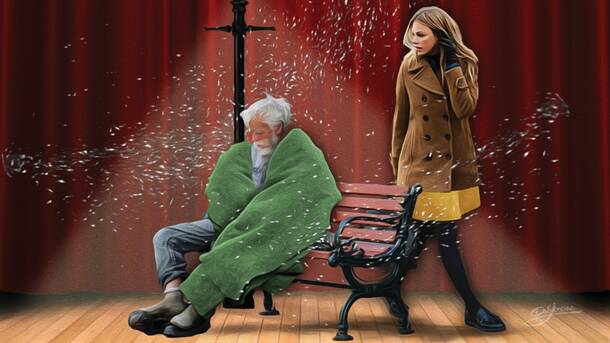 Half-price tickets are just $20 plus service fees, through an OFFencore deal.

“The Shakespeare Tavern Playhouse is a place to eat, drink and nourish the soul. See Romeo and Juliet, Henrys IV and VIII, Hamlet, Macbeth and more. Each month brings a different play and experience, all centered on the passion and poetry of the spoken word. Just beware of the sword fights that can break out in front of your table. The menu offers small plates, big plates and desserts (the hot apple pecan crisp with ice cream is popular with regular Tavern-goers). It all goes well with an Irish ale.”

Even with the $5 service fee, this is a good deal on entertainment!

Every holiday season something magical happens with your favorite queens from the Emmy Award-winning television show RuPaul’s Drag Race on VH1. A Drag Queen Christmas is coming to town with an all new show and new cast hosted by Nina West. Now in it’s fifth year, The Naughty Tour is a fan favorite during the holidays. Get ready for amazing costumes, killer performances, a new stage production and all the outrageous and hilarious shenanigans.

See it at the Center for Puppetry Arts, in midtown Atlanta

You can use coupon code FAM2FAM to save 25% on Sunday performances, through Dec. 29th. (There are no shows on Christmas Day.)

View the deal here, on the WSB-TV Family-to-Family web page.

Stay in the know!

Do you suffer from FOMO, that pervasive fear of missing out? We can help.

Sign up for email updates from ATLANTA ON THE CHEAP and never miss a great deal or free event.

Why pay full price if you don’t have to?

Just click the ticket for deep discounts… and ENJOY THE SHOW!

Member of the Living on the Cheap Network

Atlanta on the Cheap is a member of Living on the Cheap, a network of websites published by journalists and consumer advocates.